I’m told by my GP that PTSD is just like shrapnel. Only this year did I learn that I had shrapnel in my arm back in the 90s. I don’t believe in PTSD. Now I’m trying to remove it from my head.

Not all memories are awful. Some are wonderful.

It’s late 1997. I’m doing my Secret Squirrel course in Melbourne. I’m seeing three different women in Townsville, which is unusual for me. I am operating on muscle memory and I’m certainly not looking for love.

We meet in the gym. I feel underweight for Special Forces. I’m eating seven meals a day. I work out morning and night. I still don’t feel right.

She is with two friends from other postings. I know her friends well enough to walk over and start a conversation. One of the girls is a great rugby player who also happens to be gay. She doesn’t make a big deal about it because homosexuality is still banned by the Army. The other girl has a beautiful face and a kind smile for anyone. A decade later I hear (third-hand) that she got ‘schrapped’ in the Sands on patrol with the Boys. Her face is now damaged.

I feel so sorry for everyone who carries scars now.

It’s late 1997 again. I start to chat to Harley Quinn. I know her but not well. Like most people in the peace-time Army everyone knows everyone after a few years, especially in your own Corps. I think we last caught up in Darwin in 95 but I can’t quite remember. I take a break from my work-out. We start to talk. She gets a constant stream of interruptions. She is not classically beautiful but she has a natural attractiveness that draws admirers. She knows everyone. She talks easily with those who deserve it. Dismisses time-wasters. She commands attention. She is in the prime of her youth. I get a lift from our conversation. By her presence. We all agree to meet at the mess for dinner.

A fortnight later we are in a trinity of nightclubs. It’s just Harley Quinn and me. Our friends cannot keep up. We move from one nightclub to the next and then back again. We dance for hours. We laugh with absolute joy.

We leave the building with our friends. We are both spent. The sun is out. The light surprises us both. I think we have both fallen hard. We hold hands. We really hold hands. It’s a special moment. The future looks bright.

Tears stream down my face as I have this memory yesterday. I use movement to guide the memories. I remember back to 1997. As I dance away I still don’t know anything about mefloquine. I certainly don’t know I was given it six-months previously. My face hasn’t turned red yet. That doesn’t happen for another decade and a half. I’m slowly turning into The Joker but I think I’m fine.

I get more memories of my Harley Quinn. We break up in 1999. It’s a hard break-up. A horror story for another day. She has been deployed to Bougainville on Operation BEL-ISI. The Australian Defence Force is testing a new anti-malarial drug on the troops. The Generals are excited about its potential. It’s called Tafenoquine.

It has a nickname too. Mefloquine 2.0 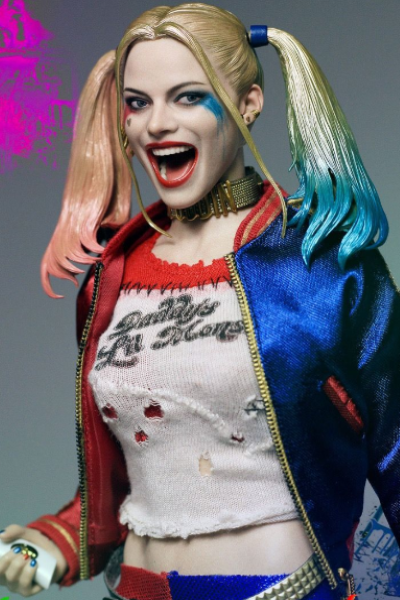